Is Your Online Habit Killing the Planet? - C4, 8pm

In the month when the worlds' leaders should have been gathering in Glasgow to tackle global warming, Dispatches investigates the carbon footprint of the technology industry and tests some of the environmental claims of some of the biggest names in the tech world. The online world has been one of the biggest winners of lockdown. Globally, internet traffic has surged by almost 40% since February and 91% of people in Britain are now online. It has kept us entertained, in shape, in business and most importantly connected to our nearest and dearest, but at what cost to the planet? Sophie Morgan goes inside a data centre to see what the Cloud really looks like. She examines how some of the biggest technology companies are claiming to be green and environmentally friendly. She meets a former insider who reveals how clever language is making one of the biggest tech firms sound greener than it is. Sophie discovers that the regulations that allow companies to say they use renewable energy may not be what most people would expect. She also recruits two families to keep a diary of their online habits. She herself reveals she spends nine hours a day on her phone. Together they discover some shocking truths about the hidden cost of their online habits.

In July, the Prime Minister said he hoped life would be normal again by Christmas. Now most of the UK is under lockdown. What happened? Antony Barnett investigates how the government lost control and reveals new evidence about some of the companies making millions from the pandemic. It's the semi-final and the perfect time to test the remaining bakers' skills in patisserie. They face a booze-soaked Signature packed full of flavour, and a testing Technical where they must impress the judges with their pastry horns. And finally, in the Showstopper, the bakers must demonstrate finesse and precision on both a small and large scale, creating a cube entirely from delicate, smaller cube-shaped cakes. Only three bakers can go on to the final. Who will be star baker and - crucially - who will be going home? Series creators Iain Morris and Damon Beesley, together with director Ben Palmer, bring their bawdy E4 hit, The Inbetweeners, to the big screen. Like the TV series, the movie (a Film4 production) was a massive hit, claiming the biggest box office take for a comedy that the UK had ever seen. The show's stars Simon Bird (Will), Joe Thomas (Simon), Blake Harrison (Neil) and James Buckley (Jay) are all present, though definitely not correct. The lads have now finished sixth form and have decided to celebrate with a holiday in Crete. They naturally see this as the perfect opportunity to grab as much sun, sea and sex as possible. Unfortunately their insecurities and dire approaches to any woman unfortunate enough to cross their path mean it looks as though, apart from Neil, they'll have to content themselves with drinking and clubbing instead. Unless, of course, the boys treat the first four girls they meet - Alison (Laura Haddock), Lucy (Tamla Kari), Lisa (Jessica Knappett) and Jane (Lydia Rose Bewley) - with a little more respect. A look back at some of the most memorable staff and patient stories at King's College Hospital and St George's in south London - places where life, love and loss unfold every day. This episode features three patients filmed at St George's. All three have stories to tell of their past and how love and strength carried them through hardship. Fiona, a retired air stewardess, is rushed to A&E after falling over at her best friend's 70th birthday party and seriously cutting her leg. She reminisces about her work and family and friends. Monica has come to A&E with hip pain. She talks about growing up in Trinidad and her early years working in the UK as a nurse and the racism she encountered. Christine has stroke-like symptoms and is suffering with tremors on the left side of her body. Specialist neurologist Anil is called to A&E to see Christine: 'The brain is still a mystery. It's still, out of the all the organs in the body, the one we understand the least.' While waiting for results from a scan, husband Paul talks about the couple's past financial strife.

Final episode of the series that takes viewers behind the public image of America's 'First Family', revealing how personal relationships within the Kennedy dynasty helped shape national and global events. As Bobby Kennedy follows in his brother's footsteps and sets his sights on presidency, tragedy strikes again when he's assassinated in Los Angeles. The only living Kennedy son and youngest brother of Bobby and Jack, Ted Kennedy, is next in line. His career is dogged by scandal and misfortune, before he eventually goes on to a stellar career in the Senate. After his death in 2009, a new generation of Kennedys prepare to pick up the political mantle and continue the family legacy. 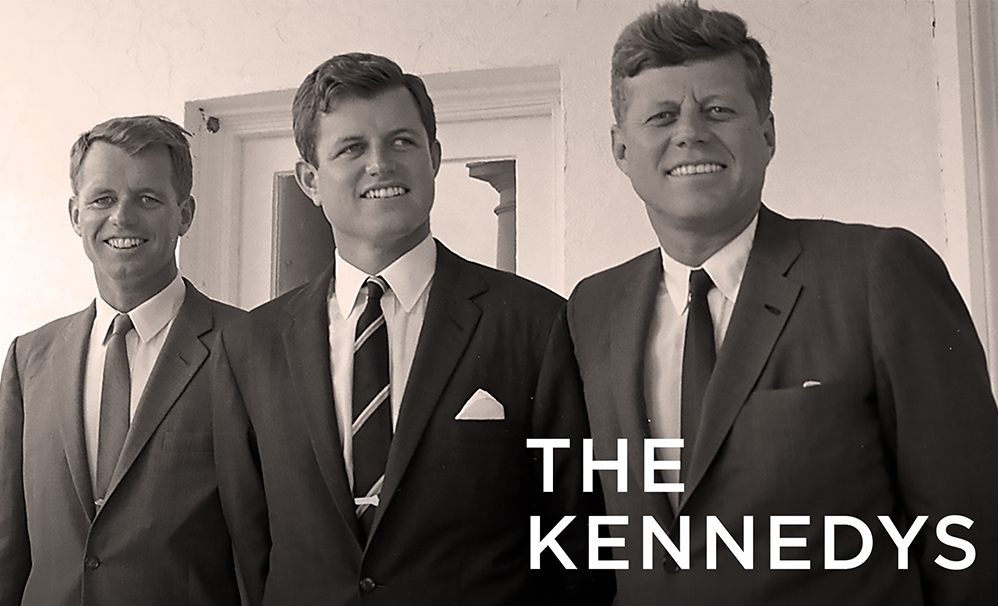 The brand new series of the comedy game show continues, with contestants Daisy May Cooper, Johnny Vegas, Katherine Parkinson, Mawaan Rizwan and Richard Herring. The second half of the series starts here, and all five comics - with the possible exception of Katherine Parkinson - still have a realistic chance of lifting Greg Davies' magnificent gold skull and becoming the 10th Taskmaster champion. Alex Horne takes copious notes as Daisy May Cooper gets very cross, Mawaan Rizwan learns a lesson about waterfowl and Richard Herring wrings out a wet sock. From an underground cave blasted with dynamite in the Australian desert and an eco-friendly spaceship that landed in a French field, to a dystopian Disneyland in the Californian desert, this episode of World's Weirdest Homes showcases more fabulously bizarre homes. The programme also meets the homes' eccentric owners, from a flamboyant Nigerian pop star who builds statues of himself to a 93-year-old monk who's spent 57 years building his own cathedral. At turns hilarious, heart-warming and insightful, architectural designer Charlie Luxton presents the programme that explores why these people choose to escape the everyday world, and finds out what it takes to live in these jaw-dropping homes. First shown in 2019. 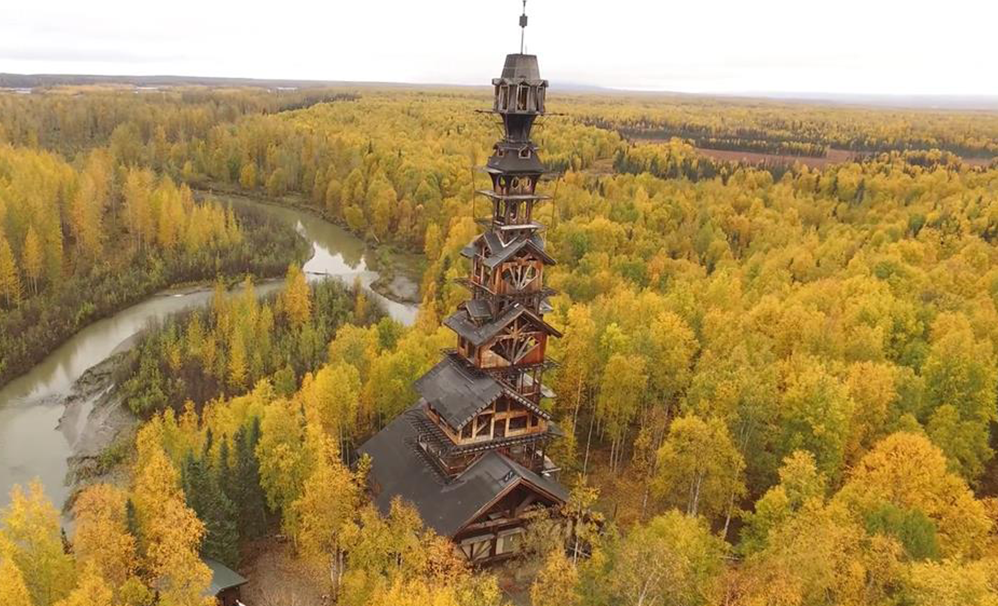 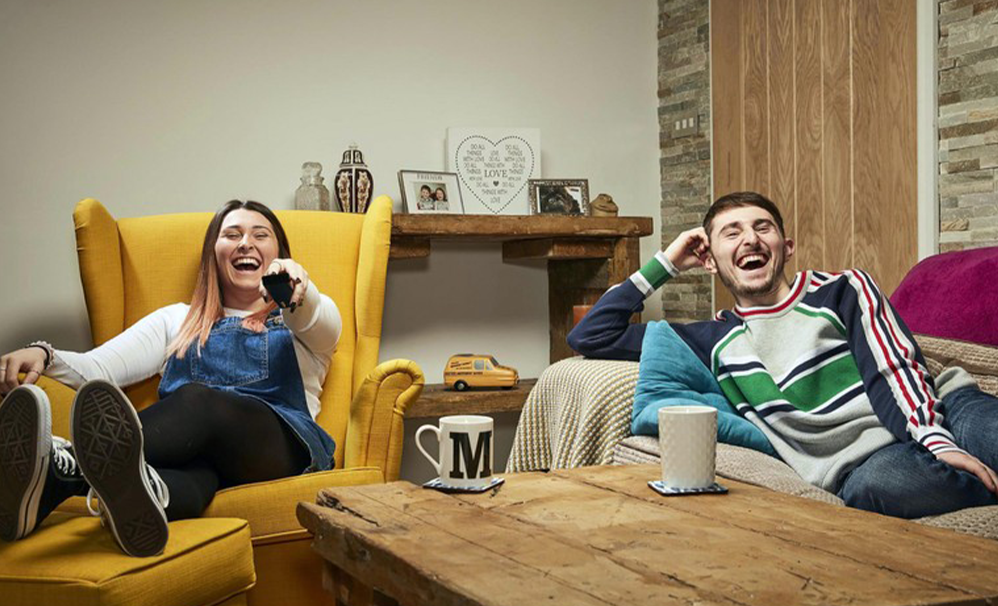 Lee McKenzie presents live rugby union coverage of the second round, Group A match between England and Ireland at Twickenham. Ireland will be looking for a better performance after losing here back in February, but it's always a challenge facing England at home. Lee's guests are Rory Best and Chris Ashton. Miles Harrison is joined in commentary by Nolli Waterman and former Ireland hooker Jerry Flannery. Deep in the Bulgarian wilderness, eight primitive-skills experts are trying to stalk and kill big game. It's been three weeks without fresh meat and they need a successful hunt. They are equipped with only Stone Age weapons and despite their experience, their prey has always been one step ahead. Dan wins a competition to become lead hunter, and after days stalking the forests, he finally gets his kill - a large male deer. The time and energy spent hunting has been a gamble and the tribe now make the most of their good fortune, as they feast, preserve the meat, use the skin and bones to make more tools, and enjoy leisure time making rock-face art - activities and challenges which our ancestors perfected over hundreds of thousands of years.

Brand new: Maze Master Richard Ayoade guides a team of five intrepid adventurers on an epic game show quest through four fantastical zones: Aztec, Industrial, Futuristic and Medieval. Within the zones, the team must tackle Skill, Physical, Mystery and Mental challenges, in a bid to win crystals. Each elusive crystal gives the team five seconds in The Crystal Dome, where they hope to collect gold tokens to win prizes. This time, The Midwives face the maze. These five adventurers prove how important communication is... by demonstrating the consequences of not listening to each other!

With Christmas almost upon us after the toughest of years, Kirstie Allsopp helps us craft our way to a joyful festive season with her fastest crop of crafts yet. Simple, fun, affordable and all achievable in 45 minutes or less, this is craft for everyone. And to really ramp up the fun, Kirstie invites some of her favourite people along to craft alongside her, including TV-husband Phil Spencer, who gets the party started with some cocktail magic. Kirstie's sister, professional florist Sofie, helps with some festive florals that can be scaled up or down for any size of gathering. And in the kitchen, baking supremo Nancy Birtwhistle has a raft of recipes, tips and tricks for all things foodie and festive - from using up leftovers to cooking ahead. Kirstie also learns to make gorgeous bespoke cards out of leftover fabric, creates a stunning lightshow with LED wire, and rustles up some beautiful baubles and enchanting ice lanterns all in a flash. With crafts this quick and easy, there really is nothing stopping you from having your craftiest, easiest and most festive Christmas ever.