A guide to the best telly on air next week.

Britain's high streets are in turmoil but is their demise just the fault of the pandemic and the growth of online retail? Dispatches probes behind the scenes of the collapse of several of Britain's best-known brands. From Debenhams and Cath Kidston to Jack Wills and Poundworld, reporter Antony Barnett discovers that these businesses all have one thing in common - they were owned by private equity firms. Barnett asks how much are these firms to blame for the problems on our high street; and questions whether it's fair that their owners still earned millions while tens of thousands of shopworkers lost their jobs. Private equity can save some companies but when it goes wrong, the fallout can have huge repercussions for many, with the people pulling the strings rarely held to account. 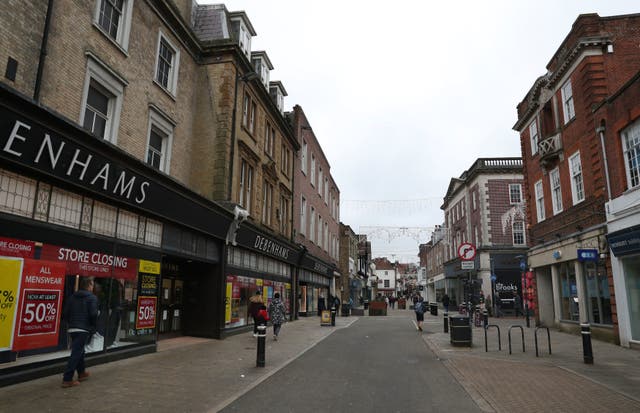 Sheila Hancock and Gyles Brandreth explore more glorious canal and river journeys. In the second of this two-part special exploring the waterways of Staffordshire, Sheila and Gyles boat the beautiful Staffordshire and Worcestershire Canal. They begin by taking a ride on an old working boat and uncover the history of Stourport, which only came into being after the canal was built there, which is unique for a British town. They explore the history of carpet manufacturing in Kidderminster and meet 84-year-old Audrey, who operated a daunting power loom for much of her working life. Gyles dons a panto costume in Stourbridge to learn more about the local legend of Dick Whittington. And when Sheila and Gyles reach Wolverhampton, they get a taste of the Desi pub, a modern institution in the Black Country that combines Punjabi food with British booze, which was born out of immigration to work in the region's foundries. With Sheila and Gyles boating better all the time, they finally feel comfortable as narrowboaters. Wes declares his feelings for Malia, while her relationship with Adam takes a shocking turn. Max's girlfriend visits during the crew's day off as they explore the historic Fortress of Klis. And when Bugsy makes a startling discovery that Hannah has broken yachtie code, Hannah faces Captain Sandy and must live with the consequences of her actions. A lively group of tequila-loving guests charter Sirocco, while Hannah questions whether Adam's abilities as a chef are up to Med standards, causing further tension between the two. In this new series, would-be parents throw themselves into a groundbreaking scheme, as they try to find someone to have children with, without the complication of finding love first. A baby-making revolution is underway - there are currently 70,000 people signed up to co-parenting sites, looking for platonic partners to have children with. However, these unregulated websites are often full of unvetted strangers. In response, a group of experts, led by fertility specialist Dr Marie Wren, have created a comprehensive and unprecedented vetting and matching scheme to help single people find the perfect co-parent. Throughout the series, a group of single women will each be matched with several men who all share their desire to have a baby. They will meet and spend time together to establish if there's a connection and try to work out whether or not to have a baby. But does redefining relationships go against human nature? And can a platonic arrangement actually lead to making babies? In this first episode, we meet two women and six men who are searching for someone to have a baby with in a non-traditional, platonic co-parenting arrangement. Guided by fertility specialist Dr Marie Wren and matchmaking expert Gillian McCallum, the two women are matched with a range of carefully selected and vetted men, who also hope to become co-parents. Venicia, a 34-year-old professional nanny to high-profile families, who longs to have a baby of her own meets Nigel, Vik and Jean-Paul. Sarah, a 39-year-old amateur ballroom dancer from Surrey, would have loved to have had a baby in the traditional way but feels she simply hasn't met the right person in time. She is matched with Ian, Chris and Chris. With arguably the biggest single decision of their lives ahead of them, will any of the pairings have enough potential to move forward to the next stage?

The First Dates Hotel throws open its doors and dusts off the sun loungers as another spectacular season of love begins. A new batch of British singletons are looking for love in the sun. The rooms are fully booked and manager Fred Sirieix and his team of cupids are on hand to ensure that every whim of the singletons is fully met. In this episode, 24-year-old Thalia is getting her pre-date tan on. A string of unhappy relationships has left Thalia with a phobia of kissing - but for the right man, she'd give it a go. Her date with 25-year-old Essex lad Jack gets off to great start when they discover a shared love of sharks. Meanwhile, 79-year-old Tony, who was born on the day when World War II started, has had a colourful life. He was widowed seven years ago, and is looking for someone to share his twilight years. He's paired with the glamourous Lesley, a fellow East Ender. But a surprising difference of political opinions threatens to derail this date late in the day. Rural Wiltshire-born horse lover Winston says being 'the only gay in the village' makes meeting potential dates difficult. But he's in for a shock when the 'other gay in the village' walks into the bar. The second episode of the new series is available to watch on All 4 on the same day.

Architectural designer Charlie Luxton returns for a new series helping more people build affordable dream homes. Charlie's in Hertfordshire with retired firefighter Bob and his wife Wendy, who have spent years looking for the perfect building plot - until they found it in their back garden! This creative couple want the perfect place to play music, paint and write. But the build turns into more of a drama than a comedy, as they battle an expanding budget to finish the house. 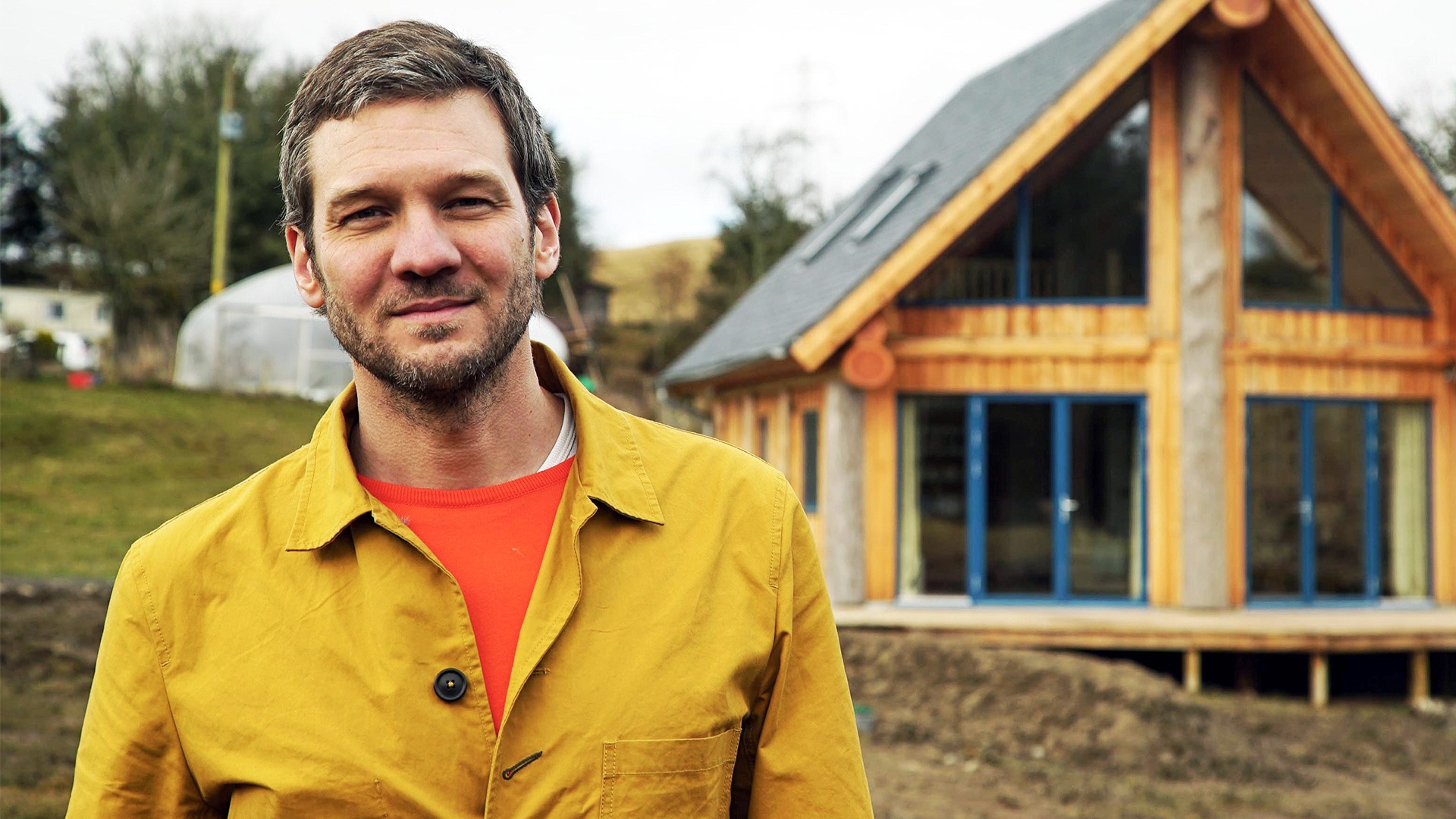 The demand for dogs in the UK has risen sharply in the last year. At Wood Green the Animals Charity, the team try to match abandoned pooches with hopeful new owners. For some, it's love at first sight. For others, attachment can take a little longer to bloom. In this episode, nine-year-old Rohan meets Patterdale terrier puppy Friday. Friday is lovely, but maybe just a bit too enthusiastic? Rocco the Jack Russell has been struggling to find a home. However, his bouncy exuberance and love of a good face lick means he could be the perfect match for Zach, who is looking for a dog that isn't fazed by his Tourette's. And Grant the stray westie has seen some tough times but his luck might be about to change with Casper and Sid.

The world's pre-eminent child-rearing expert, Jo Frost, draws on 30 years of professional experience to offer real-life solutions to parents. Christina and Katie Bailey have two toddler girls who have a hard time with sharing, and tensions are high as one child picked Katie as their favourite mum, leaving Christina feeling isolated and resentful. As conflict leads to cold silence, will these mums freeze each other out for good? Or will the Supernanny break the ice and help mend this family? 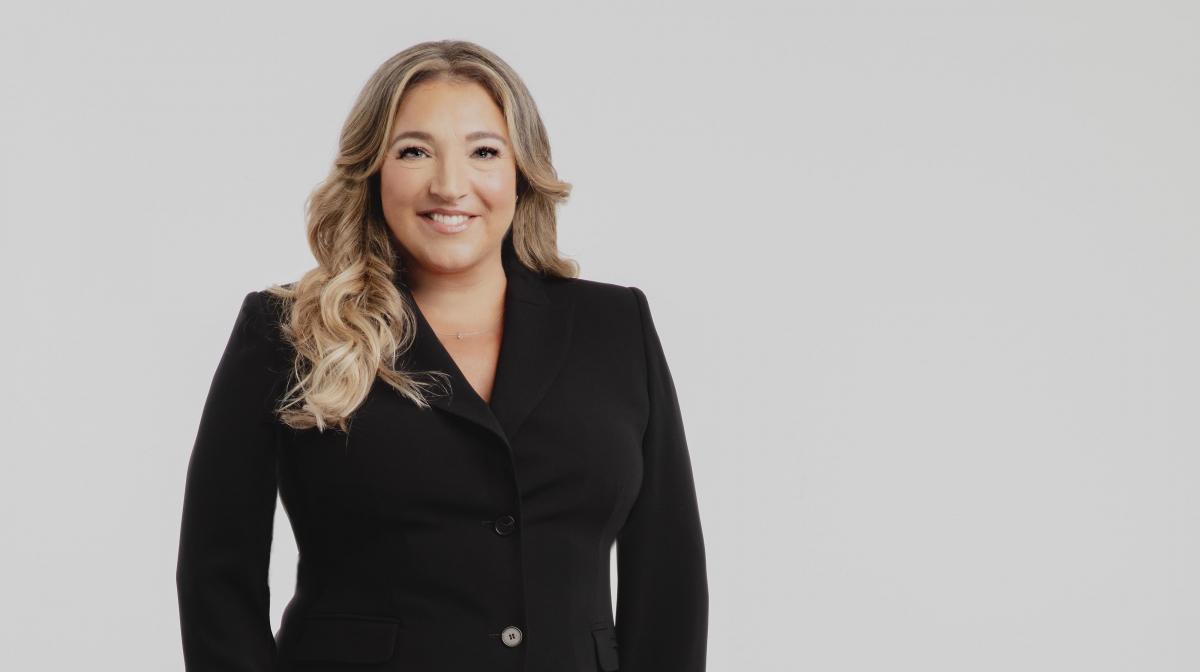 Grayson and Philippa Perry are joined by actress Jane Seymour from her home in California, where she creates a piece of art on the theme of the week: Work. Grayson talks to Ryan Gander about his playful and thought-provoking artworks. There's a look inside the studio of London painter Michaela Yearwood-Dan. And special contributions from musician Lianne La Havas and comedian Tom Allen.

Walter Presents - which showcases the best foreign language drama series from around the world - continues with the second compelling sequel to the stylish German thriller Deutschland 83. When Martin wakes up in Frankfurt, he finds himself in the middle of preparations for a major terrorist attack and realises that Max and Nicole are in danger. He encounters his aunt Lenora when he desperately tries to prevent the attack's success. Meanwhile, Fuchs and Dietrich prepare to leave East Germany for good. In German and English with English subtitles. Steve Jones is joined by David Coulthard and Mark Webber for highlights of Qualifying for the Bahrain Grand Prix, as the drivers get their 2021 title campaign underway. After a busy off season with lots of changes, Qualifying is the first indication of who has the fastest car. While it is hard to look past seven-time world champion Lewis Hamilton, the other drivers will be keen to prove that they are also contenders.

C4, 8pm – The Windsors: Inside The Royal Dynasty

The dramatic and emotional tale of the British royal family continues. When the shy, stuttering George VI is crowned King, he must rebuild the prestige of the monarchy in the shadow of World War II. Steve Jones is joined by David Coulthard and Mark Webber for highlights of the opening Grand Prix of the 2021 Formula 1 season, which comes from Bahrain for the first time. Seven-time World Champion Lewis Hamilton is favourite to reclaim his crown and gain a record eighth world title, but other teams will be looking to pull out a shock win and take the fight to Mercedes. 2021 promises to be an exciting season with new and returning teams, new drivers, including Michael Schumacher's son Mick, and new circuits in the Netherlands and Saudi Arabia. The new series of 999: On the Front Line continues, following the paramedic teams of West Midlands Ambulance Service, who risk their lives to save others. From car crashes to cardiac arrests, we're on board nine ambulances filming across the West Midlands during such unprecedented times for the NHS. In this episode, paramedics attend a suspected domestic assault and need to treat one man who claims he was punched and knocked unconscious. A rare genetic disease leaves a woman with a dislocated shoulder and in excruciating pain. A man, who in the past has threatened the emergency services with a weapon, calls for an ambulance. And a confused man found collapsed in the street leaves the paramedics with a dilemma... the man needs to go to hospital but what do they do about his dog? 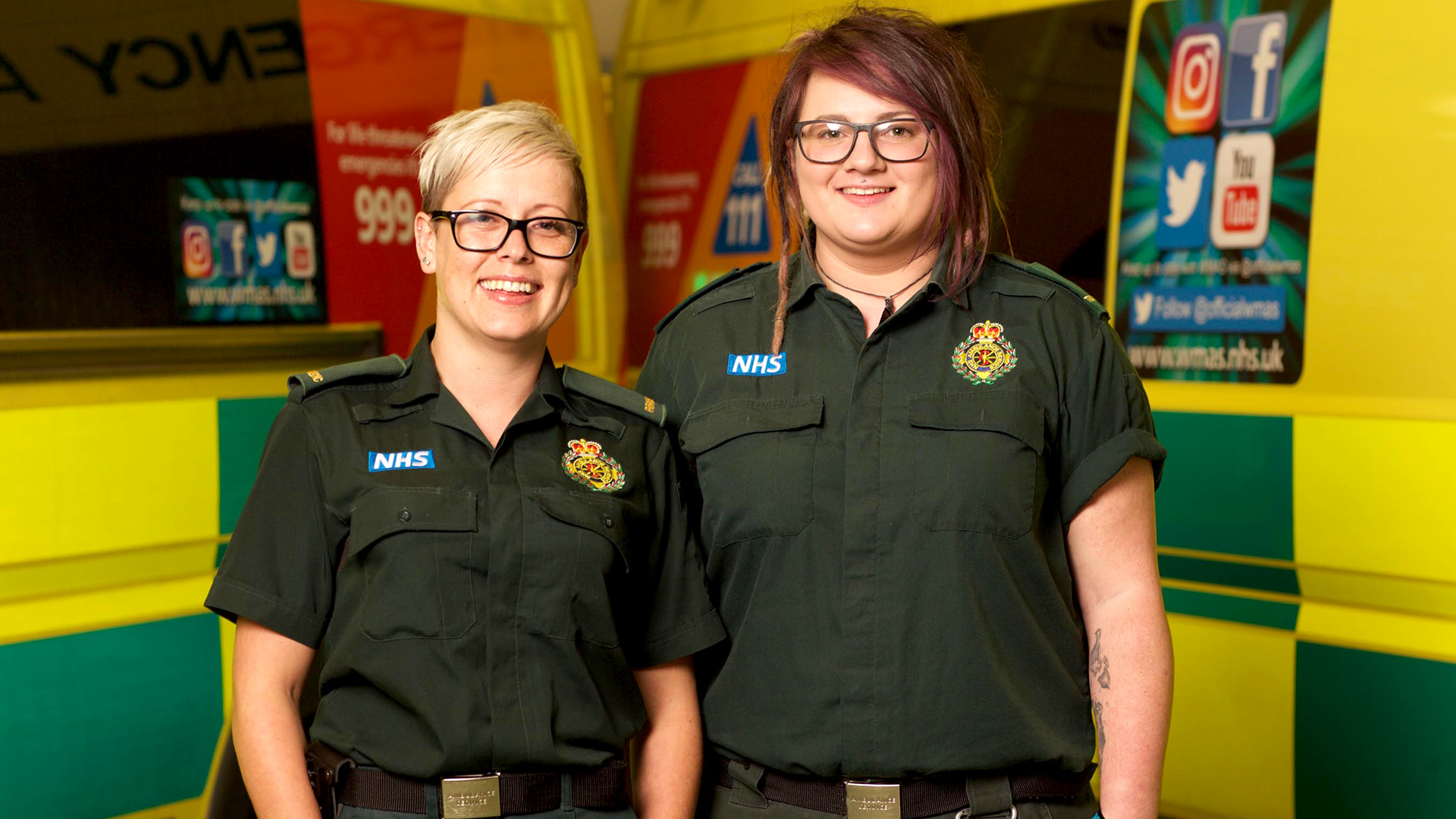