UKTV enjoyed a year of record growth in 2021, achieving its best-ever SOCI (share of commercial impacts) and network share for its seven channel portfolio - Dave, Drama, Gold, Yesterday, W, Eden and Alibi - and growing views to its on demand service UKTV Play. 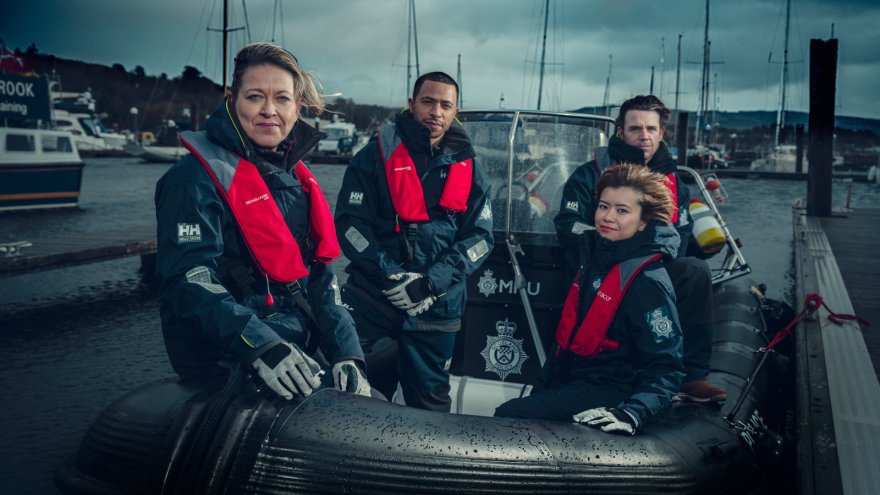 "UKTV experienced strong growth in 2020 and to continue that momentum through 2021 is an incredible achievement. Our award-winning slate of UKTV Originals keeps going from strength to strength, with originations featuring six times in the top 10 shows across the network. UKTV's drama commissioning has also reached new heights, with critically acclaimed Annika breaking records on Alibi, and shows such as Ragdoll exciting audiences in the UK and internationally. And of course, our hit originals are supported by premiere acquisitions and the very best BBC content, helping to fuel the success of our channels, with Dave winning Channel of the Year at the Broadcast Digital Awards. In 2021 we also launched UKTV's new digital content strategy with bespoke short-form commissions airing on Dave's YouTube channel and Facebook page, acting as a gateway for younger viewers to engage with the brand and access our shows. As we look forward to 2022, we will continue UKTV's growth trajectory by working closely with domestic and international production partners, investing smartly in content, and expanding the footprint of our much-loved brands."

UKTV achieved a record network SOCI of 8.52% in 2021, with 5.7% year-on-year growth. Ten out of the 12 months of the year celebrated record SOCI (February, March, April, June, July, August, September, October, November and December) with Drama leading the channel pack by achieving SOCI growth of 14.1%.

Dave delivered significant 16-34 share growth in 2021, outperforming the market. It increased its 16-34 viewing share by 14% year-on-year, helped by strong launches for a wave of new comedy entertainment shows which have seen Mel Giedroyc, Richard Ayoade and David Mitchell join Big Zuu and others on the channel.

UKTV Originals continued to be leading lights on the network, accounting for six of the top 10 shows in 2021 (based on 4+ 7 Day Dovetail, Max 000s). Annika headed the pack, becoming Alibi's top performing title of all time (1.32m Total Consumption). It was joined by Meet the Richardsons (Dave) Secrets of the London Underground (Yesterday), Hornby: A Model World (Yesterday), Bangers and Cash (Yesterday) and Mel Giedroyc: Unforgivable (Dave).

Yesterday achieved a similar feat with UKTV originals accounting for the top five shows on the channel, including the launch of Secrets of the London Underground which become the highest rating show in the history of the channel, averaging an impressive 737k across the series. Hornby: A Model World was a close runner up representing Yesterday's second biggest launch to date and attracting 754k (partial TC) across its series run. Bangers and Cash S4, Secrets of the Transport Museum and The Architecture the Railways Built S2 rounded out the top five shows on the channel.

Gold continued to feed the nation's love of comedy, with The Vicar of Dibley: Inside Out, becoming the channel's most popular show of the year, watched by 829k. It's the biggest retrospective to air on the channel since The Story of Only Fools & Horses in 2017. Scripted original, Murder, They Hope took the second spot (687k), followed by returning scripted series The Cockfields (490k). The Cockfields Christmas Special and Sandylands S2 also delivered in the channel's top 10 shows of the year, alongside BBC classics Mrs Brown's Boys and Vicar of Dibley.

On W, MasterChef Australia (305K) and UKTV Originals Stacey Dooley Sleeps Over S2 (477k) and Emma Willis: Delivering Babies in 2020 (346k) were in the top five shows on the channel and Delivering Babies continued its award success by winning a third consecutive Broadcast Digital Award. Drama's record-breaking year, achieving 1.62% share, was buoyed by a mixture of BBC classics and acquired content including Drama exclusive The Brokenwood Mysteries and Death in Holy Orders.

"I'm enormously grateful to our production partners and talent who've continued to raise the quality of our shows in all genres, despite the constraints of Covid. They've helped us take significant steps in creating a more diverse output, while also embracing our All Voices initiative to create opportunities behind the camera. With their help, Dave has had a stunning period and the Channel of the Year Award speaks to a transformed channel which is well placed to grow. The originations strategy on Yesterday continues to build at pace with commissions accounting for the top five shows on the channel. Nicola Walker's drama, Annika, became the best performing show in Alibi's history, and for the third year in a row, Emma Willis: Delivering Babies won a Broadcast Digital Award for Popular Factual. A truly extraordinary achievement. As we enter 2022, the network's increasing share, backed by BBC favourites and smart third party acquisitions, provides a fantastic platform from which to launch our broadest ever slate of commissions. We'll see the first comedies from Dave's diverse writers' initiative as well as digital and short form scaling up, giving us a more holistic approach to new talent development. More than ever, both linear and digital, new talent and established faces, acquired and commissioned content are all pulling together to take UKTV into the next stage of its growth."

"In 2021, UKTV and BBC Studios' newly combined global acquisitions team worked with acquisition partners around the world to bring a rich mix of acquired and pre-sale content to UKTV's channels, with shows such as Smother, Deception and The Brokenwood Mysteries complementing UKTV's original output and proving popular with viewers. With UKTV's diverse portfolio of channels, we look forward to further strengthening these relationships in 2022 and acquiring more popular and exclusive titles for the network."

UKTV Play re-built its mobile apps in 2021, introducing Live TV and offering a fresh, new design, faster performance, and enhancements to content discovery and search. Monetisable views to content on UKTV Play and pay platforms were up 34% year-on-year, and UKTV Play added 1m registered users to reach 5.45m. The top titles on pay platforms included many UKTV Originals and exclusive acquisitions such as Annika, Smother, Ragdoll, The Cockfields and Bangers and Cash. The Only Fools and Horses 40th Anniversary stunt in September, which offered VoD viewers the box set of all episodes, was also a viewing success.

Viewers have plenty to look forward to across UKTV's channels in 2022, with a number of new and returning shows, including second outings for Traces, We Hunt Together, and Mel Giedroyc: Unforgivable. These will be joined by scripted comedy, Newark Newark and Billy Connolly Does... on Gold; feature length Dave comedy special We Are Not Alone; Alex Jones: Making Babies and Rochelle Humes: Interior Designer in the Making on W; and ob-doc Scouting for Toys on Yesterday.

Data source - All data BARB Adults 16+ except programme data which is individuals ran to 3 decimal places. - Top performing programme lists are 4+ Dovetail (TV and Online Pre-Broadcast and 1-7 Day) - Programme viewing stats are all Total Consumption unless otherwise stated. Total Consumption is the measurement of all viewing to a series across its premiere window, unless stated as referencing Ep 1 only. It encompasses the overnight, PVR, VOD (D2C and paid) and narrative repeats within 28 days of transmission within BARB (inclusive of any preview windowing via box-set drops). - UKTV Play figures include third party broadcasters and UKTV's own platform data. - Social stats: Jan-Dec 2021 vs same period in 2020 - Social mentions: Jan-Dec 2021 vs same period in 2020 - Followers: Dec 2021 vs Dec 2020 (Demo: last 30 days) - Dave YouTube: Jan-Dec 2021

UKTV has been at the forefront of branded television for over 25 years, entertaining the nation with programmes they love. Its leading brands - Dave, Gold, W, Drama, Alibi, Eden and Yesterday - span comedy, entertainment, natural history, factual and drama, and are delivered to audiences through UKTV Play, Freeview, Sky, Virgin Media, BT, TalkTalk, YouView, Freesat and Amazon Fire. The broadcaster is a significant investor in British creativity and is committed to working with new and established writers, directors and programme-makers.

UKTV is part of BBC Studios, the UK's most-awarded production company, a world-class distributor with international branded services, and a commercial subsidiary of the world's leading public service broadcaster, the BBC.